Jaime Trick is a registered physiotherapist with a special interest in complex, chronic and recurrent injuries. She uses a combination of manual therapy, dry needling and corrective exercises to help address underlying dysfunction and restore proper movement patterns. 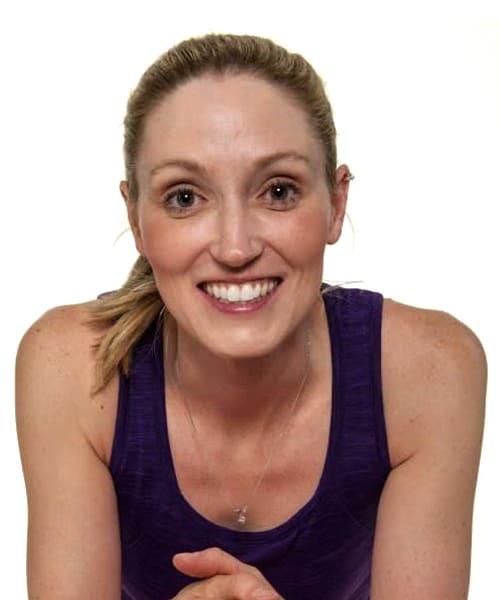 Jaime is an orthopedic physiotherapist who works with Olympic, amateur elite, and development athletes, as well as people of all ages and backgrounds.  She has an additional unique interest in patients with chronic and recurrent pain who have failed other treatment approaches and therapies.

Her choice of a career in physiotherapy arose from a keen interest in her own recovery from injuries sustained while participating as a youth in figure skating, track and field, and cross country. Jaime is committed to further developing her knowledge and skills within the field of physiotherapy by completing a number of courses. She has completed courses in dry needling, acupuncture, manual therapy, concussion management, therapeutic taping, functional movement assessment, injury prevention, and reconditioning.

While attending Queen’s University to acquire a Bachelor’s degree in Life Sciences and a Bachelor’s degree in Education, Jaime was the captain of the figure skating team and an Academic All-Canadian.  After completing her undergraduate degrees, she received her Master’s of Science in Physical Therapy from the University of Toronto. Jaime is certified in acupuncture through the Acupuncture Foundation of Canada; a Gunn Intramuscular Stimulation (IMS) practitioner; and a Level 3 Diploma of Advanced Orthopaedic Manual and Manipulative Physiotherapy therapist.  She has additional qualifications in concussion management, therapeutic taping, functional movement assessment, injury prevention and reconditioning.

After hanging up the skates, Jaime took up triathlon and became an Ironman in 2012, completing Ironman Canada in Penticton. She has since worked closely with Canadian ITU triathletes, age-group champions in 51.50, 70.3, and IM distances, as well as weekend warriors.

Jaime took on the role of Integrated Support Team (IST) Medical Lead for the Canadian National Pentathlon Team in 2011 and still holds this position today. She was part of the Canadian medical team at both the 2015 Pan Am Games in Toronto and the 2016 Summer Olympics in Rio de Janeiro. Jaime lives in Old Ottawa East with her husband and two young children. You can find Jaime running along the canal or river, cycling in the Gats, and Zwifting in Watopia.

Physiotherapy can help our Stittsville clients address their physical injuries and conditions that affect their motion, mobility and balance. The trained therapists at our physical therapy center are here to offer a whole range of treatments for our patients to assist them in recovering from and returning to their normal functional levels of physical ability.

For those living active lives, whether that be through routine gym sessions, weekly team sports, or running, injuries are an inevitability. However, not all sport injuries require weeks or even months of downtime for recovery. This recovery time can be shortened by our Stittsville physiotherapists. Here, we explain more.

Have a question? Our team is here to help.